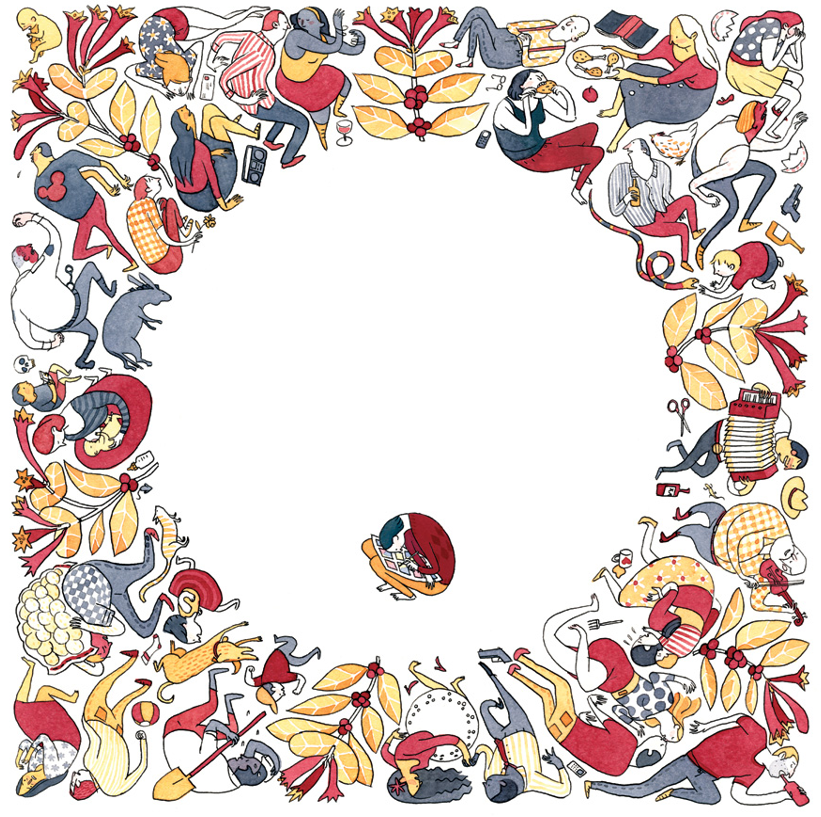 It was a bright, cold, August afternoon in Le Havre and the clocks were striking one. New Sciences Po students were rushing to their future campus. But as they started talking to their peers, many realized – that there must have been a grave error. Their admission must have been a complete misunderstanding. How could these talented students have been mixed up with them; ordinary people? In the midst of this collective existential crisis, a word emerged at the forefront of their minds: impostor.

This feeling of being an impostor is known as impostor syndrome, or impostorism. It is a psychological pattern in which individuals doubt their own capacity in the workplace, at university, and in relationships. Affected people attribute their success or accomplishments to luck and often believe that they have tricked people into thinking they are more intelligent than they really are, despite proof of their competences. The syndrome comes about within a cycle: an achievement related task is often apprehended by the individuals in one of two ways: either procrastination, or over-preparation so to link their potential success to a matter of luck or a result of hard work respectively. Individuals generally discount any positive assessment on their work, the feedback has virtually no effect on the person’s own perception of their capacity. The belief that achievements are due to hard work or luck shows that someone does not link their success to their personal abilities. This syndrome is not recognized as a mental illness but can seriously affect one’s life: feelings of fraudulence, stress, anxiety and depression increase with every cycle. This condition is more universal than we tend to think; some researchers estimate the percentage of people experiencing the syndrome once in their lives at around 70% and a third of millennials (especially females) suffer from it in the workplace.

Studies have also shown that feelings of impostor syndrome are particularly prevalent for people in a new environment. For instance, students settling into a new university can harbor such feelings. Our campus is a perfect example of how the syndrome affects students. Since my arrival, I have heard people comparing themselves to other students and not feeling as prepared, socially integrated, and deserving as their peers. People, and especially first-years, kept questioning the grounds on which they were admitted to SciencesPo.

This epidemic has often seemed widespread in conversations or discussions on Facebook. Like in many other universities, at Sciences Po a lot of students doubt their capability. Therefore, I felt the need to make a survey which I based on the Clance Impostor Phenomenon Test: to gauge how much people doubt themselves. This test establishes a scale on the prevalence of the symptoms like the fear of evaluation, of failure, of not being as good as others. 112 students , roughly a third of the campus, responded anonymously.

The results showed that 80% of the interrogated students are affected by the syndrome. Amongst these, 30% are intensely affected by it. This means that at least 30% of the panel suffer from anxiety, stress or even depression frequently and intensely. In addition, 50% have the same symptoms but less strongly and 16% moderately experience those symptoms. According to the results of the survey, only 4% of those who answered are not affected by the syndrome.

What should we deduce from those numbers? Are we a bunch of millennials too spoiled to handle stress? Studies tend to show that anxiety is an increasingly global phenomenon, making it the mal du siècle. But not for everyone. Students are the most affected: in America, students have the highest rate of impostor syndrome in the population. Moreover, the inauspicious beginning of the millennium – christened with the financial crisis, terrorist attacks, and the high level of unemployment – has created an anxiety-generating environment. This is not only very pervasive in Western countries, but also in Asia where the race for performance has done irreparable damage (suicide rates are the highest in Southeast Asia according to the WHO).

This global trend is clearly represented by the results of this survey. The origin of the syndrome is unclear although it is probably tied to the level of achievement. We should not allow ourselves to paint a bleak image of our potential and understand the cyclical nature of the syndrome itself. As it manifests itself in times of stress, it will most likely get better with time. We should reframe the start of the year in a new environment as the perfect setting to see this process. Increased interest in the classes and getting used to the requirements will temper the symptoms.

Rather than ignoring our anxieties and soldiering on, the first step to fighting the imposter syndrome is accepting its existence and understanding it properly. The psychologists who proposed the syndrome in 1978 also suggested a therapeutic exercise to their patients: attending group meetings. These meetings helped patients realize that they were not isolated in their experience; other people were suffering the same syndrome. We each have to realise how much we compare ourselves with others, catch ourselves doing it, and talk about it.

I have had the opportunity to talk to the Dean of the Collège Universitaire Mrs. Stéphanie Balme, to our campus director M. Fertey and Mrs. Catherine Droszewski, our new academic advisor. They were all concerned by those observations on different levels and have been looking into ways of reducing stress during our time here. In discussing solutions, we were confronted with some problems. Should students refuse to do a class presentation? This discussion of increased leniency also opens the door to a much broader subject: how could teachers incentivize students to do their work without the fear of deadlines?

Either way, knowing that we are in similar situations can help us to talk about it more easily and lower troubling thoughts that can become paralyzing. Spotting the symptoms and naming them is a first step to healing.

As the final exams approach, and this stressful time of the year deepens our anxiety, we must take advantage of our small tight-knit campus to acknowledge the ubiquity of the impostor syndrome and, finally to be honest with those feelings. I hope that our peers are aware: they are not alone in feeling fraudulent.